“Meditation is the greatest revolution in the world because it brings the original man into existence. It is always there but every society pushes it under many, many covers. Our work here is to throw all those covers, all those layers and find the real, the original, the natural.” 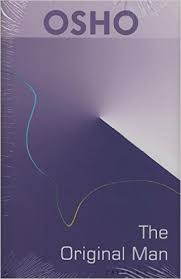 “Anando, it is a great moment of rejoicing that finally Basui has come home.

“Old habits die hard. He is now a master, but here and there, a few pieces from before, from when he was just a teacher, are still present. Now they can be avoided, or they can be given the right direction. But the man has arrived. He has started speaking out of his own experience. He is no longer a parrot.

“To be a parrot is so easy, just to repeat somebody else, to be an echo. But to be a master needs a steel spine – to be oneself and to be utterly aware so that nothing enters and pollutes your purity. The master is perhaps 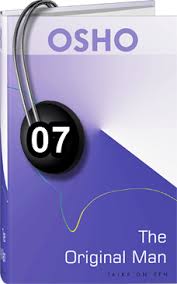 the most miraculous, the most magical phenomenon in existence.”

“He knows and he cannot say he knows. He is and he goes on saying that he has disappeared. He discovers the buddha in himself, perfect – but he has to say that he has become a buddha. But nobody becomes a buddha. It is not some kind of graduation, education, discipline or practice. But the difficulty of the master is that he has to use words that you can understand.

“But now I can see and I will tell you where the points are which make me certain about Basui. Although he has been long away, falling and rising, moving on this way or that way – his night has been long and dark – finally he has reached to the sunrise. It is light all over.

“The moment you are enlightened, the whole existence is enlightened. And even if old habits are there, your new experience will express itself from nooks and corners of your old habits. It is just like a house which is dark and suddenly you bring a light inside. The walls may hide that the house has light now, but the windows, even the closed windows will show that that light has arrived. The house is no longer dark. 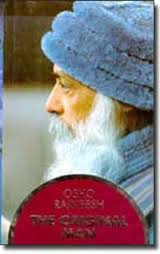 “The situation is similar in the case of a teacher. An innocent man moves very easily into masterhood, because for him to be a disciple is a very simple and spontaneous act of love. But for the scholar it is difficult, and the more profound his scholarship is, the harder it is for him to even think that anybody else can know more than he knows – and he knows nothing. All that he considers knowledge is just crammed by the memory. Somebody else may have experienced it, but he is just a repetition. He is not the original man. I was hoping that some day Basui would say something that would reveal his splendor and his glory.
Basui said:
If you would free yourself of the sufferings of the six realms, you must learn the direct way to become a buddha.
“You have to remember that because of his profound scholarship, the statements are mixed up.

“When he says, If you would free yourself of the sufferings of the six realms, you must learn the direct way to become a buddha, he is for the first time speaking of the direct way, the only one way, the way in.”

Previous: Zen The Mystery and the Poetry of the Beyond
Next: Zen the Quantum Leap