In ‘Books I Have Loved’ a selection of the Books Osho have read, are mentioned. It happened while Osho was visiting his dentist Devageet.

“I have loved many books, thousands of books…” Having read the world’s greatest books on almost every conceivable subject, Osho shares the fragrance of some of his most loved authors. Osho, who produced over six hundred books himself, talks with spontaneity, enthusiasm, and humor about one hundred and sixty-seven books that had a profound effect on him.

A Great Variety in Books

From the mystics of the East to Nietzsche, from Western philosophers to great Russian novelists, from Zorba the Greek to Alice in Wonderland,here is an inspiring and insightful commentary on the entire spectrum of world writing, a rainbow of literary genius.

Talks in the Dental Chair 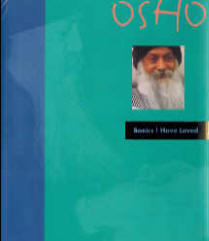 Het boek is tweedehands verkrijgbaar in de Boekhandel of als ebook via internet.

De boeken waarvan Osho houdt in Books I have Loved

In a series of private talks, Osho talks on his favorite authors and books, and in a completely different way 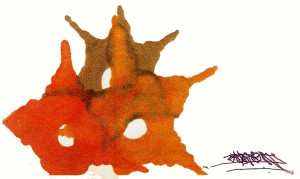 than is his public discourses. “Books I have loved” documents a ‘Zen koan’-like situation: While having treatments on his teeth he talks. Devageet, the dentist, Amrito and a nurse are meant to be the note-taker, but without using a notepad. Osho asks the three to write afterwards from their memory what they remember to have heard, while one is doing the writing and the others are doing the editing…..

“Athato Brahma Jigyasa – now the inquiry into the ultimate”…that’s how Badrayana begins his great book, perhaps the greatest. Badrayana’s book is the first I am going to talk about today. He begins his great book Brahman Sutra with this sentence: “Now the inquiry into the ultimate.” That’s how all the sutra in the East begin, always with “Now…athato,” never otherwise.

“Badrayana is one of those who are bound to be misunderstood, for the simple reason that he is too serious. A mystic should not be so serious, that’s not a good quality. But he was a brahmin living thousands of years ago, living among brahmins, talking to brahmins, and brahmins are the most serious people in the world. Do you know India has no jokes? Is it not strange for such a big country to be without jokes? Such a long history without jokes! The brahmins cannot joke because the joke seems too profane, and they are sacred people.

“I can understand and forgive Badrayana, but I could not forget to mention that he is a little bit too serious. I was hesitating whether to include him in my list of books. The hesitation was only because of his seriousness. I did not hesitate about Mirdad; I did not hesitate at all about even Rubaiyat, by Omar Khayyam. But I hesitated about Badrayana and his Brahman Sutra, which in the East is considered to be one of the greatest books – and it certainly is.

“I have read many serious books, even that rascal saint George Gurdjieff’s All and Everything, but there is nothing to compete with Badrayana’s Brahman Sutra as far as seriousness is concerned. He is ultimate in his seriousness too. Alas, could he only have laughed a little!

“Christians believe that Jesus never laughed. I refute it. I refute it absolutely! It is possible about Badrayana; he may never have laughed. He is so serious, utterly serious. You could not create a more serious book. Thousands of commentaries have been written on it to explain what he means.

“Truth needs no commentary, but when you put it in a serious garb, naturally commentators follow, and commentators always serve the devil. It is still a great book; in spite of Badrayana’s seriousness it is great. Badrayana reaches to the highest, to the ultimate, with great acumen, with great efficiency, the efficiency of a scientist.

All the books Osho loves

Chapter 1 of Books I have Loved

Chapter 2 of Books I have Loved
1 The Book (of the Sufis)
2 The Prophet by Kahlil Gibran
3 The Book of Lieh Tzu
4 Dialogue on Socrates by Plato
5 The Notes of the Disciples of Bodhidarma
6 The Rubaiyat by Omar Khayyam
7 Masnavi by Jalaluddin Rumi
8 The Isa Upanishad
9 All and Everything by George Gurdjieff
10 In Search of the Miraculous by P. D. Ouspensky
11 Leaves of Grass by Walt Whitman

Chapter: 4 of Books I have Loved
1 The Fragments of Heraclitus
2 The Golden Verses of Pythagoras
3 The Royal Song of Saraha
4 Tilopa’s Song of Mahamudra
5 Zen and Japanese Culture by D. T. Suzuki
6 Let Go by Hubert Benoit
7 Ramakrishna’s Parables
8 The Fables of Aesop
9 Nagarjuna’s Mula Madhyamika Karika
10 The Book of Marpa

Chapter 8 of Books I have Loved
1 The Will to Power by Friedrich Nietzsche
2 A New Model of the Universe by P. D. Ouspensky
3 The Statements of Sanai
4 The Fragments of Dionysius
5 At the Feet of the Master by Jiddhu Krishnamurti
6 The Fragments of Junnaid
7 God Speaks by Meher Baba
8 Maxims for a Revolutionary by George Bernard Shaw
9 The Teachings of Hui Neng (“Do not think; be.”)
10 The Jokes of Mulla Nasruddin

Chapter 10 of Books I have Loved
1 Being and Nothingness by Jean Paul Sartre
2 Time and Being by Martin Heidegger
3 Tractatus Logico Philisophicus by Ludwig Wittgenstein
4 Vimalkirti Nirdesh Sutra
5 Commentaries on Living by J. Krishnamurti
6 Commentaries by Maurice Nicoll
7 Our Life with Gurdjieff by Hartmann
8 Shree Pasha by Ramanuja
9 The Future Psychology of Man by P.D. Ouspensky
10 The Book of Bahauddin

Chapter 12 of Books I have Loved
1 Tales of Hassidism by Martin Buber
2 I and Thou by Martin Buber
3 Das Kapital by Karl Marx (Osho: “Do not read it.”)
4 Lectures on Psychoanalysis by Sigmund Freud
5 Meetings with Remarkable Men by Gurdjieff
6 The Grantha (written by an anonymous disciple of Kabir)
7 The Communist Manifesto by Karl Marx and Friedrich Engels
8 The Myth of Sisyphus by Marcel
9 The History of Western Philosophy by Bertrand Russell
10 The Songs of Dayabai

Chapter 13 of Books I have Loved
1 Lust for Life by Irving Stone
2 The Agony and the Ecstasy by Irving Stone
3 Resurrection by Leo Tolstoy
4 Notes on Jesus by Thomas
5 War and Peace by Leo Tolstoy
6 The Mother by Maxim Gorky
7 Fathers and Sons by Turgenev
8 The Phoenix by D.H. Lawrence
9 Psychoanalysis and the Unconscious by D.H. Lawrence
10 Light of Asia by Arnold
11 Bijak, Kabir’s selection of songs
12 One Dimensional Man by Herbert Marcuse
13 The I Ching
14 Nadi Ke Dvip (Islands of a River) by Sacchidanand Vatsayana

Chapter 16 of Books I have Loved
1 Shiva Puri Baba by Bennett
2 Listen Little Man by Wilhelm Reich
3 Principia Mathematica by Bertrand Russell and Whitehead
4 Poetics by Aristotle
5 Three Pillars of Zen by Ross
6 The Gospel of Ramakrishna by M
7 The collected works of Ramatirtha
8 Principa Ethica by G.E. Moore
9 The Songs of Rahim (Rahim Khan Khana)
10 Divan by Mirza Ghalib
11 The Book by Alan

Previous: The Book of Woman
Next: Born with a Question mark