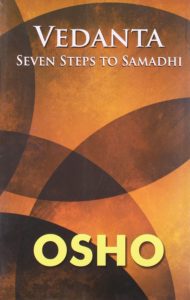 Remain with the fact that your life has become a misery to you, because if you start doing something about it you may again create hope in the tomorrow. Just remain with the fact. If it is hell, remain in hell, don’t do anything. Just remain alert that this is hell. And if you can be patient and alert and wait, just through waiting the hell will disappear, it will fall down. It needs your cooperation. It is just like dreams. 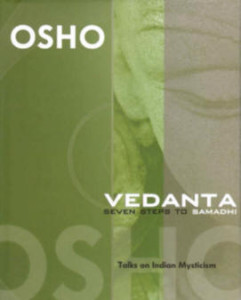 No, it has not become a misery for you yet, otherwise you could not cling to it. No one can cling to misery. You still have hopes, you have not yet become totally hopeless. Even in your misery you are hoping. You are thinking that today is misery but tomorrow the doors of paradise will open, and this misery is just a means to reach that paradise tomorrow.
Unless the tomorrow dies completely, unless the tomorrow drops completely, unless you become totally hopeless, no hope… only then will you see what misery is there where you are living. And once you become aware of the misery that you are living, you will drop it — there will be no need for me to tell you.

All methods are postponements. You are in search of a method so that you can postpone, because a method will need time, so you can say to yourself, “How can I jump right now? It will take three years, six years, lives, to practice. It is such a difficult thing, so I will first practice how to jump, and then I will jump. But unless I practice, I cannot jump.” ‘Vedanta’

And you have been doing this practice, this rehearsal, for many lives. You are not here for the first time to ask me — you have asked many times. The same questions you have been asking in every life, but you never do anything, because Buddha may be saying that the house is on fire, but you look… it is a palace, nothing is on fire. Just out of consideration for Buddha you don’t deny him. Otherwise you know he is crazy; the house is not on fire. Or he may be talking in symbols, he may be meaning something else. Or he is such a great man that you cannot understand what he is saying, so just out of respect you don’t deny him, you say yes. Your yes doesn’t mean any more than your no. Your yes, your no are meaningless.

I have heard that Mulla Nasruddin was in love with a woman, but very worried, depressed, always sad, so one friend asked, “What is the matter?”
He said, “Everything is finished, and I am contemplating suicide.”
The friend said, “But you have been contemplating so long. Tell me what the matter is — maybe I can help you.”
Nasruddin said, “I asked the woman to get married to me.”
The friend said, “Yes, no need to say anything more, I have understood. She must have said no. But you are a fool. Don’t believe it when a woman says no; she always means yes.”
Nasruddin said, “I know that wisdom, and if she had said no, then there would have been no problem. But when I proposed she said, ‘Rats.’ So now what to understand? She said, ‘Rats’; she never said no. Had she said no, then yes could be understood.” ‘Vedanta’

Even a small child knows this. The father says, “No, you are not going to the movie today.” But even a small child knows that yes is hidden behind it. He starts a tantrum, he starts crying, and within minutes the father says, “Go, go! Go away from here.” The child knows the yes is hidden behind the no. It can be brought out immediately, a little effort is needed. And no child believes in your yes or no because you can change so easily; no child trusts you. But this is how the human mind is.

So the first thing: you are not in misery. Buddha has said so, I may be saying so, but you know that you are 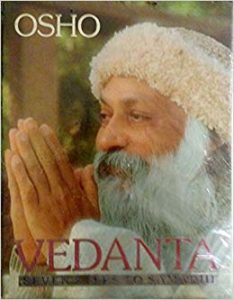 not in misery. You go on feeling, hoping, that tomorrow something is going to happen. And tomorrow is the drug; through the tomorrow you intoxicate yourself, and then the day which is present, today, you can suffer it. It is not much, only a question of a few hours and then the tomorrow will be there; it is coming nearer and nearer. Because of the misery on this earth, we conceive of heaven as somewhere in the other life; that heaven is our tomorrow extended. Just to carry on anyhow this misery that is around us, we look somewhere ahead. We never look right now, here.

You are not in misery. I may be saying so; you go on believing that happiness is just near, you are just on the verge of it. The goal is so near, so why leave? Just continue a little more, be patient. If you realize that you are in misery, then there is no need to ask how to drop it. Then masters will be needed to teach you how to cling to it, and even then you will not listen to them.

Once you know that your life is misery, even a buddha cannot persuade you to cling to it. But the penetration is not there. It is not your realization. This knowing is not your knowledge, this wisdom has not been achieved through your own efforts. It is borrowed, it is cheap. You have heard that life is misery, but you have not realized it. And you say, “Why do we go on clinging to this dream life?” It is not a dream life to you; it is real. When you see a dream the dream is real. Somebody who has awakened from sleep may go on saying that whatsoever you are seeing is just a dream, but the person who is dreaming, he is dreaming a reality, not a dream. In a dream, howsoever absurd, you cannot feel it as a dream. You believe in it, because once you feel it is a dream the dream disappears. The dream cannot remain there, your cooperation is withdrawn. You can cooperate only with reality, not with dreams; and if you cooperate dreams become reality — it is through your cooperation.

The Divine is Right Here Now

“If the divine is right here and now, then what prevents us from seeing him? Why do we cling to our dream life even though it has become a misery for us?” Think again. Contemplate on it. If it is a misery for you — for you I insist again and again, not for me — if it is a misery for you, don’t do anything. Remain with the fact that your life has become a misery to you, because if you start doing something about it you may again create hope in the tomorrow. Just remain with the fact. If it is hell, remain in hell, don’t do anything. Just remain alert that this is hell. And if you can be patient and alert and wait, just through waiting the hell will disappear, it will fall down. It needs your cooperation. It is just like dreams.

That’s why Shankara and Buddha say your life is a dream life — because it can be just dropped like dreams. If you become alert a dream disappears; if you become alert of your misery, the misery disappears. You cling to it because you think it is not misery, or some happiness is hidden somewhere in it. It may be misery outwardly, but a deep treasure is hidden behind it, so you have to cling to it for that treasure. Your life is misery — but not for you. Realize its misery, it falls down. The very truth transforms you. And the moment misery falls the divine is revealed. To a miserable mind the divine cannot be revealed. To a celebrating mind the divine is revealed. ‘Vedanta’

Previous: Unio Mystica I en II
Next: The Voice of Silence