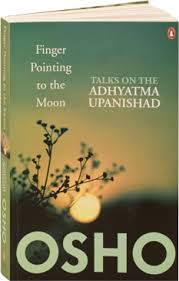 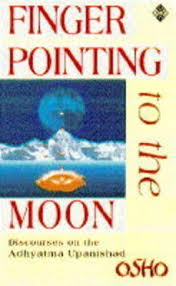 In Finger Pointing to the Moon: Talks on the Adhyatma Upanishad Osho draws on the ancient wisdom of this Upanishad to reflect on God, religion and the liberation of the self. Religion for him is not worship, devo
tion and prayer, but mumuksha, the deep longing for freedom from the fetters of everyday life that can lead a seeker on the path to enlightenment. When one reaches this state of kaivalya, the abode of truth and eternal bliss beyond mind and speech, one becomes unified with the God within oneself. Then one achieves true knowledge and true mastery over the self. These seventeen talks that Osho delivered at Mount Abu, Rajasthan, make this book a truly enriching guide for those seeking to look within and find answers to the enigmas of human existence.
In this beautiful series on the seeds of wisdom, the Upanishads, OSHO says, ‘This Upanishad is a direct encounter with spirituality. There are no doctrines in it; there are only experiences of the fulfilled ones… In it there is no discussion of that which is born out of curiosity or inquisitiveness, no. In it there are hints to those who are full of longing for liberation from those who have already attained liberation’

Talks on the Adhyatma Upanishad

These seventeen talks on the Adhyatma Upanishad were given at a meditation camp at Mount Abu, Rajasthan. Of the Upanishads, Osho says, “They are not religious scriptures. They are poetic expressions of those who have known.”
They are not Hindu, they are not Buddhist, they are not Jaina; they don’t belong to any religion. They are the experiences of individuals sitting at the feet of their master – and when the experience overwhelmed them they danced, they sang, they uttered strange statements. And these were not made by their minds; it was almost as if they were just hollow bamboos. Existence has made them flutes; it was existence itself singing a song.That’s why no Upanishad carries the name of its writer.”
“This Upanishad is a direct encounter with spirituality. There are no doctrines in it; there are only experiences of the fulfilled ones. In it there is no discussion of that which is born out of curiosity or inquisitiveness, no. In it there are hints to those who are full of longing for liberation from those who have already attained liberation.”

Chapter 11:
“Listening to these teachings from the master, the disciple became enlightened…
What is stated in this sutra is not only difficult to understand, it may appear impossible to us. How can one become enlightened just by listening? Our logical minds cannot understand it. If listening has really happened it is not impossible, but because we do not know how to listen, it appears impossible that just by listening the disciple became enlightened.
“Let us first understand this before we enter into the sutra. There is one fundamental difference between the present era of science and the era when the Upanishads were born. In those days when the Upanishads w 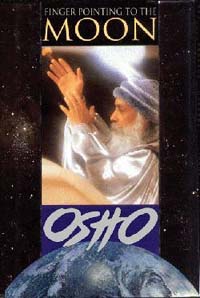 ere born the basis of the mind was trust. Now the basis of the mind is doubt. In those days trust was as natural as doubt is natural today. The mind has undergone a revolutionary change. With the birth of science, doubt has gained a sort of dignity. Why? Because science is born out of doubt.
“Science only doubts. Right doubt is the key for the development of science. Scientific facts can be discovered only if one goes on doubting. Doubt is a process of discovering the truths of science.
“When the discoveries of science started becoming useful to man, when it spread all over from the smallest needle to the atom bomb, science started acquiring prestige. And when it became impossible for man to live without science and science began to win in all fields and its victory flag began to flutter in the material world, naturally doubt also acquired prestige, because science is born out of doubt.” Osho

Previous: The Fish in the Sea is not Thirsty
Next: First in the Morning Last in the Evening